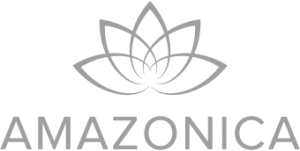 LAS VEGAS, NV, Apr 08, 2014 (Marketwired via COMTEX) — Amazonica Corp. (OTCQB: AMZZ) (OTCBB: AMZZ) (“Amazonica” or the “Company”), is pleased to announce that it has completed the filing of a combustion mixture patent for its ultra-pure hydrogen production technology. This is the third patent filed by the Company based on ongoing research and development work from the Company’s team of scientists, led by Dr. Gennadiy Petrovich Glazunov, a world renowned scientist at the Institute of Plasma Physics of the National Science Center of the National Academy of Science, located within the Kharkov Institute of Physics and Technology.

The main objective of the invention is to improve the method of generating ultra-pure hydrogen by means of both enhancing its productivity and reducing the environmental impact associated with its production. This particular methodology is capable of producing ultra-pure hydrogen at productivity levels previously unachievable. It is known that the environmental problems are essentially lower if the combustion of a mixture containing gasoline and ethanol is used instead of gasoline alone, however, it was not previously known that the incorporation of ethanol in gasoline yields improvements in pure hydrogen production. According to experimental results disclosed in the patent filed, the present use of ethanol/gasoline mixture provides not only a reduced environmental impact, but also enhances productivity of hydrogen generation between 25-50%.

“This latest patent filed is very exciting for the Company as it not only addresses an environmental aspect of hydrogen production, making a smaller environmental footprint, but it also shows very promising results of increased ultra-pure hydrogen yield while using this method,” said Michael Soursos, CEO of Amazonica Corp.

About Hydrogen Hydrogen is the simplest, most prolific, and lightest element in the universe. Hydrogen is not normally available in a gaseous state in our environment, since it readily combines with oxygen to form water, or with carbon to form fossil fuels such as crude oil, natural gas, or coal. Hydrogen has a number of uses, including in the manufacture of ammonia, but it is its potential as a fuel that is attracting significant interest and investment. It has been possible to construct or convert internal combustion engines to run on hydrogen for some time, but safety and storage concerns prevented any wide scale use. Recent advances in technology, particularly in fuel cells, allied to the environmental concerns from burning fossil fuels, have caused a re-evaluation of hydrogen as a power source.

The most common methods of producing hydrogen at the moment are by stripping the carbon atoms out of compressed natural gas using steam (known as “cracking”) or the electrolysis of water. Both these processes are expensive, energy intensive and in the case of cracking, produces waste carbon. Commercial production of clean, cheap hydrogen is therefore a key requirement for large scale fuel cell usage.

Electromedical Technologies 2019 Highlights and Outlook for 2020

WHO investigates a possible reemergence of coronavirus in China